Chick With The Chat (Angry Hourglass) 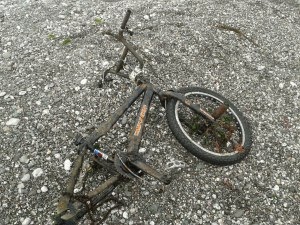 Photo Courtesy of TheShakes72 (via The Angry Hourglass)

Chick With The Chat

Kev sees her sitting on the high stool at the bar when he arrives, all angled shoulders beneath slim spaghetti straps, kitten heels resting on the wooden struts, as she toys with her glass, fingers teasing at the rim.  He sits at the opposite end, leaving space between them, guessing a friend or two will return from the loo shortly, though they generally go in pairs, in his experience – or lack thereof.  Several minutes later and he figures he is safe.

“I was.”  No eye contact.  The tone is low, almost monosyllabic, though Kev can tell she hasn’t had a lot to drink.

“I meant can I get you anything?”

“Some sensible conversation?” she responds, raising an eye towards his; aquamarine and penetrating.

“You riding me?” Kev asks, serious.  “I didn’t mean anything by it.  Seriously.”  He holds his hands out in mock surrender.  “You just look like you could possibly do with another drink.  Simple as.”

The woman looks at him; considering.  “Okay.  Fair play.  This is gin, if you’re willing.”  Kev nods, gesturing to the bartender.  “It’s me who got taken for a ride, by the way.”

“Not mine anymore.  Someone else’s.  Apparently.  Wish I’d figured that out sooner, believe me.  Cue me sitting here – apparently talking to you, no offence.”

“None taken, as such,” Kev responds.  The woman shoots him an amused glance.

“You’re far too polite,” she says.  “You don’t mean that.  You’re thinking something along the lines of cut me some slack given I’m the guy decent enough to buy you a drink, aren’t you?”

“Maybe I am, at that,” Kev says, grinning a little.  The woman’s candour, whether generated by the gin or otherwise, is disarming.

“Mel,” she says, proffering a hand.

Mel gestures assent.  “Broken into bits, can’t you tell?  Not necessarily needing fixing though – just so you know.”  Kev senses she is laughing at them both.  He is gathering rapidly her process of repair is well underway, despite original appearances to the contrary.