The eagle eyed amongst you will have spotted a couple of mentions for the Flash Dogs on this blog already.  Anyone following me on Twitter will have seen several more along the way!

Briefly put, the Flash Dogs are a group of flash fiction writers from all across the globe who formed organically into a community via a number of flash fiction contests and regular interaction on Twitter.  As someone who's been running with the pack for a little while now, I'm privileged to be part of such a supportive bunch and improve my writing in their company.

Having grown significantly already on Twitter since forming, the first Flash Dogs project is due for release very shortly in the form of the first anthology in e-book format on 13th December 2014.  The profits for anthology sales will go to the global charity, IBBY, The International Board on Books for Young People, a non-profit organisation representing an international network of people committed to bringing books and children together.

The anthology will be available on Amazon for Kindle at £1.53 - for which you will receive one hundred and ten diverse stories written by 34 authors, the vast majority of whom have only met online. 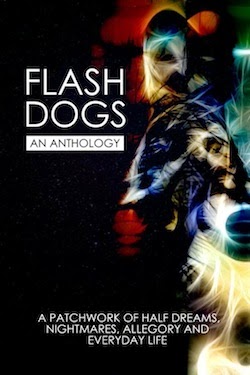 Credit for the cover displayed above goes to the very talented @tamrogers.


An incredible amount of work has also been undertaken by several of the authors involved in the anthology as part of the Flash Dogs HQ - these being Mark King and David Shakes, in addition to Emily June Street's attention to detail as part of the editing process and Tamara Rogers' fabulous artwork.

Added to which, the very generous Natalie Bowers recently donated her prize of book promotion to the anthology's cause as part of it's launch.  Very kind indeed!

http://theflashdogs.com/
Posted by C Connolly at 13:26