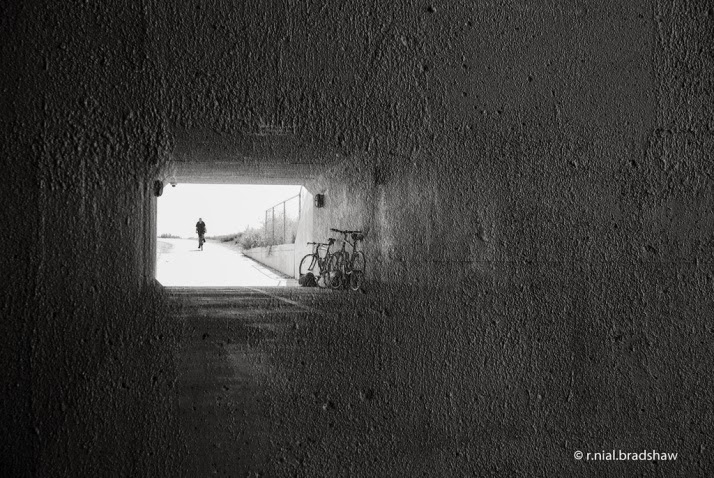 Ted comes to remember.  How it had been.  How it might have been, if things had played out differently.  If.  Only, if.  He sees it before him; immeasurable, endless possibility, before it was swept away by circumstance.  The paths they might have travelled in time and space; the journeys they could have taken.  Pathways forsaken and spared.  Choices they would have shared, if he had had his way.  Too late now; way too late – the tunnel led only one way in the end.  Still, he finds himself returning, inevitably.  Every once in a while; not too often.  Perhaps it is his homage to the spaces of times past.  He fancies he sees the groove left by the bicycles they rested against the tunnel walls when they came here, though that is untrue.  He would have noticed before now, at least once.  He has been here numerous times.  His penance to the wrongly travelled path.  If thought alone could transport him.

The word prompt for this week's challenge was space travel.  I took this one in a different direction off the back of the prompt.