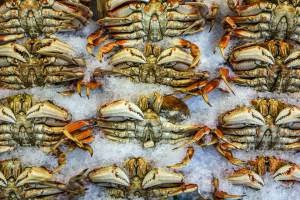 Liv has decided.  She wants rid of him, now – no going, simply gone; the bitter sting of her last words to him and his response, erased from the tip of her tongue, where their sour taste sits still.  She doesn’t want to see or feel the space where he was and should be.  It is what has brought her to Dr Seva, to sit on plastic, in a sparsely furnished room, after a tip off from Sara, who has already been here, courtesy of the guy she previously referred to only as “git features”.  The corners of her mouth raise slightly, at Sara’s “gift” to her.  Certainly, it’s one way of putting it.

They have explained the procedure to her in minute detail, so she understands what it entails; the hardening of the heart to dull down residual pain and crystallisation in the central nervous system, through to the cerebrum.  It will take time to take fully, although there will be some immediate relief post-treatment.  Liv signs the page in front of her with a flourish after they have explained the benefits and potential side effects; no hesitation, signature transcribed across the “Ice Clause” – a contract like and unlike any other.  Dr Seva describes it as the latest non-invasive technological and medical advancement.

It feels odd to walk the streets after the solution has been injected, knowing it is making its way through her, set towards a gradual spread of indifference.  She feels colder; knows it is not the chill of the slight breeze blowing across her arms; not this time.  She pulls her jacket around her shoulders; feels the warmth for a split second, before the ache sets in again.

The pain creeps through her spinal cord as Liv reaches her apartment door and sees the card tacked upon the door, waiting.  The message is simple.  Mike has written two words only – “I’m sorry”.  Liv rests against the doorframe, as she feels a sting gathering in the corner of her eyes.  She wonders if it is too late for him to try and reverse the process, so they can work towards a thaw, instead of towards freeze and ice.