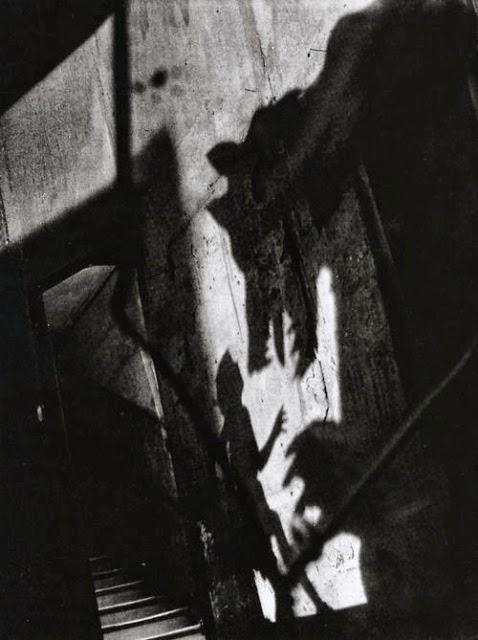 Photo Source (via the VisDare challenge)


The signs were subtle, at first.  Until Theo looked closely.  That was when she saw.  The charcoal claws pointing away from and emerging from the wooden framework of the door.  She put a finger to them, scratching back and forth.  No change.  Wetting a tip slightly, she tried again.  Still nothing.  At first, she dismissed it as a random quirk; the interplay of light with shadow.  She knew even then she could not convince herself; completely or at all.  Still, she slept, which had been her aim.  The morning after, the paws reaching forth were longer.  Marginally.  Curled forwards, with direction.  Theo shivered.  She thought she knew where they came from now.  Crossing to the bookshelves, she flicked through the selected hefty volume.  Sure enough, she spotted space amongst the typescript of the tale.  The tail was coming.  Following the fur and fangs.  Focused fiction.  One aim.  Capture and corner.

Deliberate typo in the title, which hopefully makes sense once you've read the story.  The word prompt for this week was "cornered".