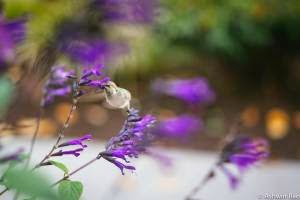 No one has heard her sing.  The years have passed without incidence.  She occupies an elevated station at the palace, behind gold bars, as opposed to the usual gilded gilt, cage above even the emperor’s throne.  Honoured, yet bound by the limits of the metallic enclosure.  Needed.  Heeded in spite of her silence.  Because of.

Her plumage holds myriad colours within its depths.  It shimmers when the sun shines.  They visit her then in their tens, hundreds, in humble homage to her beauty.  Still, they hope not to hear her sing.  She is preferable in the safety of silence.  The community touch a hand to the constructs of the coup; press a finger to their lips and reach towards her or place a penny in the wooden box for offerings.  Pray that their time will pass without occurrence.  Only she knows, can tell them.  They hope never to hear.

She watches as they pass to and fro before her, about their business, in the world outside her walls.  Flits from side to side, wing span stretched to its confined capacity.  Fleeting flight.

It begins without warning, the volume muted; a few notes, followed by a trill, before she bursts into song.  Those nearby freeze fast, as they catch hold of the chorus; hear the refrain.  They know what it means.

Word travels by mouth, as she conveys her message lacking language, understood perfectly by those who have always known what it pertains.  She will not stop now; not until the end.

Within hours they set her free.  No need now to keep her caged, as they hear the strains she sings.  As her song takes flight, they gather about her, pauper, peasant, privileged alike.  People sit cross legged, hold the smaller ones in their laps.  Find spaces on the polished parquet where they can.  The floor fills fast.  They are one now, unified in their reception.

No one knows how long it is before she ceases to sing; falls mute.  The notes have held them fast amongst them – her boon before the inevitable.  Now, her wings spread wide and she is airborne.  They watch her leave in silence.  They wait.

Another piece for The Angry Hourglass "Flash Frenzy" Challenge (Round 17).  I started thinking about birds in the context of canaries, which led to the above..
Posted by C Connolly at 23:00