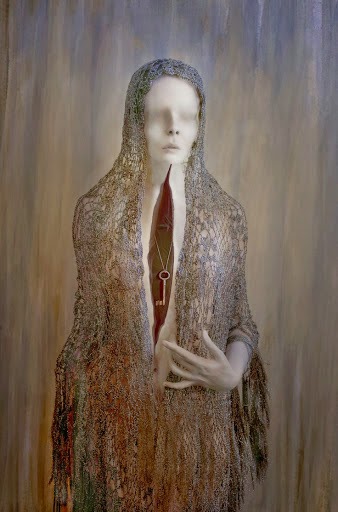 Photo Source (via the VisDare challenge)

They all knew the story; wanted to beat the odds.  Earn a relic of their own.  The ultimate prize.  Honour’s older sister already had hers – and didn’t she just know about it already!  It wasn’t worth trying to cheat and swing things her way by asking how she’d done it.  That would go down in infamy – forever.  It looked so easy – reaching the key.  All you had to do was reach into the effigy’s body cavity.  In theory.  Some had tried.  Some had lost a finger doing so.  Others a hand.  You just never knew what would happen until you tried.  Honour was understandably reticent.  She spent time studying her.  Mother; maiden.  Grey cloaked crone.  Seeking to understand her.  Perhaps to understand herself.  To find that metaphorical key.  She lost track of the hours.  Finally, the day she had it.  The day the effigy smiled infinitesimally.  Honour reached out, forwards…

The word prompt this week was "protective".  I think my take on this was implied, as opposed to overt.  This seems to be set in an alternate universe where relics are prized above a number of other things.  Interesting concept...
Posted by C Connolly at 13:01